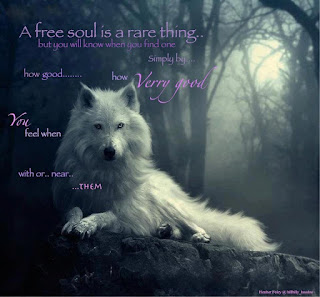 Make no mistakes the animals on this planet love us.  Humans however can be a sad disappointment to animals.  Humans are fear based.  Or Humans are ego based.  Which is deadly to animals.  Humans tend to kill whatever they do not understand.  Animals (including water creatures) do not understand why Humans have to kill so much and so frequently and with so much abandon.  For seemingly no reason whatsoever.

If an animals kills it is usually for food consumption.  However Humans have taught certain animals to kill for sport.  Then when they do they are killed by humans because they will kill the wrong thing for sport.

Animals are intelligent beings, and all animals have societies just like Humans.  I have had many beautiful simple wonderful and informative conversations with wasps, mice, birds, frogs, and of course dogs and cats.  However the squirrel commercial is very true regarding dogs.  Their attention span can be very short.

I don't trust most people.  But I do trust animals instincts about Humans.  If they don't trust them neither do I.

Promote Your Page Too